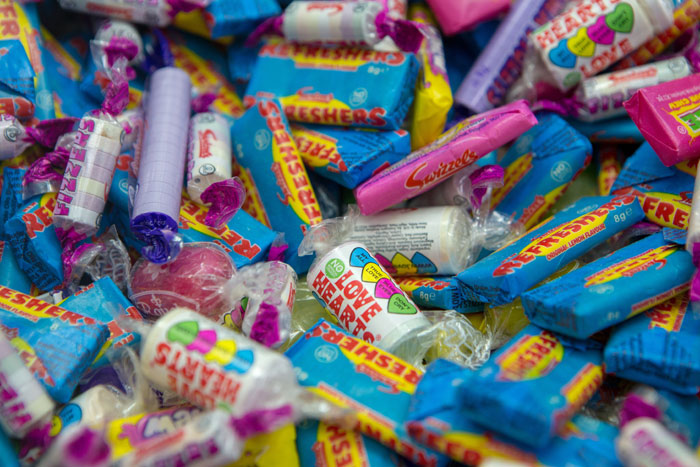 Photo by Carl Raw on Unsplash

On October 31, hordes of children armed with Jack-o'-lantern-shaped buckets and pillow cases will take to the streets in search of sugar. Trick-or-treating for candy is synonymous with Halloween, but the tradition had to go through a centuries-long evolution to arrive at the place it is today. So how did the holiday become an opportunity for kids to get free sweets? You can blame pagans, Catholics, and candy companies.

Historians agree that a Celtic autumn festival called Samhain was the precursor to modern Halloween. Samhain was a time to celebrate the last harvest of the year and the approach of the winter season. It was also a festival for honoring the dead. One way Celtics may have appeased the spirits they believed still walked the Earth was by leaving treats on their doorsteps.

When Catholics infiltrated Ireland in the 1st century CE, they rebranded many pagan holidays to fit their religion. November 1 became the “feasts of All Saints and All Souls," and the day before it was dubbed "All-Hallows'-Eve." The new holidays looked a lot different from the original Celtic festival, but many traditions stuck around, including the practice of honoring the dead with food. The food of choice for Christians became "soul cakes," small pastries usually baked with expensive ingredients and spices like currants and saffron.

Instead of leaving them outside for passing ghosts, soul cakes were distributed to beggars who went door-to-door promising to pray for souls of the deceased in exchange for something to eat. Sometimes they wore costumes to honor the saints—something pagans originally did to avoid being harassed by evil spirits. The ritual, known as souling, is believed to have planted the seeds for modern-day trick-or-treating. 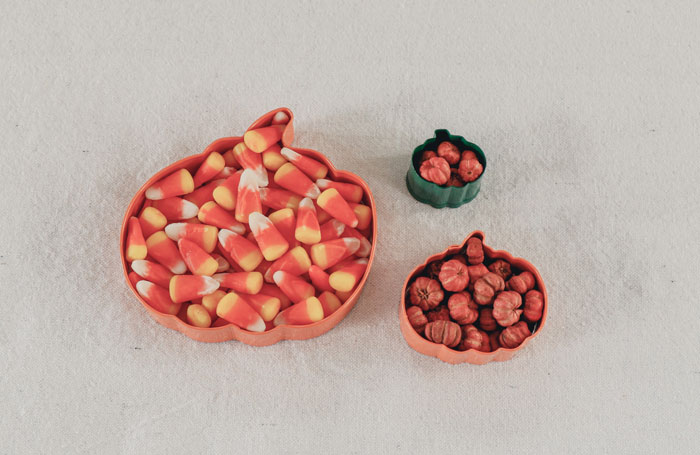 Photo by Debby Hudson on Unsplash

Souling didn't survive the holiday's migration from Europe to the United States. In America, the first Halloween celebrations were a way to mark the end-of-year harvest season, and the food that was served mainly consisted of homemade seasonal treats like caramel apples and mixed nuts. There were no soul cakes—or candies, for that matter—to be found.

It wasn't until the 1950s that trick-or-treating gained popularity in the US. Following the Great Depression and World War II, the suburbs were booming, and people were looking for excuses to have fun and get to know their neighbors. The old practice of souling was resurrected and made into an excuse for kids to dress up in costumes and roam their neighborhoods. Common trick-or-treat offerings included nuts, coins, and homemade baked goods ("treats" that most kids would turn their noses up at today).

turn one's nose up at: 对……嗤之以鼻

That changed when the candy companies got their hands on the holiday. They had already convinced consumers that they needed candy on Christmas and Easter, and they were looking for an equally lucrative opportunity to market candy in the fall. The new practice of trick-or-treating was almost too good to be true. Manufacturers downsized candies into smaller, bite-sized packages and began marketing them as treats for Halloween. Adults were grateful to have a convenient alternative to baking, kids loved the sweet treats, and the candy companies made billions.

Today, it's hard to imagine Halloween without Skittles, chocolate bars, and the perennial candy corn debates. But when you're digging through a bag or bowl of Halloween candy this October, remember that you could have been having eating soul cakes instead.